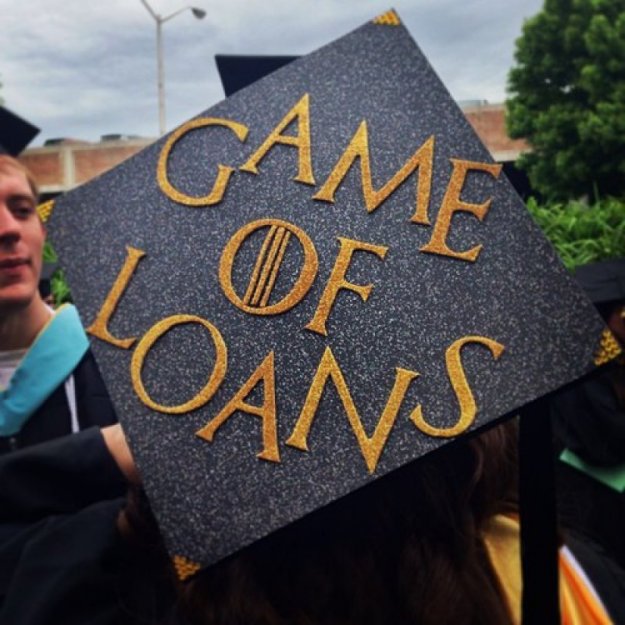 No doubt by now you’ve heard about the impending student debt crisis. Here we have a generation saddled with enormous piles of debt and no way to
pay it off. And the problem is just getting worse and worse. Here’re some of the facts.

Most people think that the government makes a loss on student loans. Not so. In fact, they make a rather healthy profit. According to Congress, the Federal government sucked up $50 billion in profits from unwitting students in 2013. That’s more than the most profitable company in the US, Exxon, made in the same year.

Interest Rates Are Going To Go Up

There’s going to come a time when interest rates have to rise. People are going to stop running to US debt as a safe haven. And just like Greece, the Feds are going to have to offer higher rates of interest.

Now Congress has gotten in on the act too, preempting rate rises. They’re trying to increase the amount of interest students pay on their debt to unsustainable levels. That’s why so many have gone in search of the best loan refinancing options. The system just isn’t sustainable.

Seven Million Have Defaulted And Counting

If there was ever any evidence that the system was unsustainable, it’s the student loan default rate. Seven million students have now defaulted on their loans. And the number continues to rise, year on year. Bear in mind that there are only about 40 million holders of student debt in the country. That should tell you that something is profoundly wrong in the student debt market.

Of course, defaulting doesn’t come without a host of consequences itself. Students who default have their credit ratings smashed. And worse still, many employers won’t employ people who don’t pass their credit background checks.

Young People Are Delaying Having Families

Student debt isn’t just affecting family finances. It’s affecting families themselves. The level of student debt is so high it’s actually interrupting fertility. Students are saddled with debt to income ratios more than 0.49. And that means that they’re unable to apply for mortgages or even cars. Right now children are way down on most young people’s list. They want financial security first and children second. But they can’t have children until they’ve sorted out their student debt. It’s an endless merry-go-round.

The Population With Student Debt Is Enormous

Right now, there are about 45 million holders of student debt in the US. That means there are more indebted people in the US than in the whole of Canada.

Bankruptcy has been an important social institution for generations. It’s what allowed people to take risks in business, but not risk becoming slaves. Bankruptcy destroys your credit rating, but it frees you from creditors you cannot pay back.

Of course, when it comes to student loans, it’s one rule for the government, and other for everybody else. Students can never go bankrupt thanks to Federal law. And that means that many students have to pay mounting debts, like debt slaves, for the rest of their lives. (And even beyond).