Alpacas are best known as farm animals. If you remember seeing a cute animal with a Tom Cruise or Elvis Presley-like hair, that would’ve possibly been an alpaca. Alpacas are domesticated and look a lot like llamas, belonging to the camel family. However, lesser-known facts about alpacas and some of their peculiar and funny habits can take you aback. Here are some amazing and surprising facts about alpacas.

All animals have their own unique ways of communicating, and sure, alpacas do too. However, if you come across a herd of alpacas at Georgia alpaca farm, or maybe anywhere for the first time and observe them, they might knock your socks off. Alpacas melodiously hum when they would want to have a normal communication with each other. However, in no time this melodious humming can turn into shrilled shrieking as they engage in fights and feel vulnerable. This is mostly done by the male alpacas.

We all know animals and one thing that’s common in most animals out there is- pooping just about anywhere. In fact, we talk about it in terms of one of the chief differences between animals and humans. However, alpacas would love to differ from animals and be more human-like. Alpacas don’t defecate just about anywhere.  They have a habit of defecating in their designated dung pile. This makes it very convenient for the farmers to later on use their excreta as manure.

Read more
Data Breaches: How They Can Happen and How to Avoid Them

Alpacas have a tendency to be in a group and they actually love it. You’d most frequently find alpacas playing with each other, and carrying out other activities, like eating, grazing, and sleeping together. While they are very sociable within the alpaca family, they also love being petted by human beings and live in close association with humans.

4. The habit of spitting

Sure, alpacas look really adorable and can melt hearts with their innocent faces. However, one of the most peculiar habits of alpacas is their habit of spitting. But, you wouldn’t find alpacas spitting randomly here and there for no reason. Alpacas spit when they are annoyed or are angry. And usually, they would spit at the person or fellow alpaca that irritates them.

5. They can be natural lawnmowers

When alpacas eat grass, they wouldn’t uproot the entire grass and swallow. While almost all domestic animals would do that, they have a different way of eating grass. They would just eat off the tops layer of the grass and leave the rest.

6. They can stun you by playing ‘dead’

Alpacas love sunbathing so much that on a sunny day, you’d always spot them stretching in the lawn. However, sometimes they would just lie there and look totally dead. That’s not exactly ‘playing dead,’ but that can scare you if you don’t know their sunbathing habit.

That’s all about alpacas. Every animal has its own set of habits that are unique. Alpacas are not the regular farm animals; they’re extraordinary. People love alpacas since they easily get along with humans and keep them entertained.

Read more
What Should You Consider Before Picking A Web Hosting Site?
0

Reviews Of The Top Webinar Recording Tools For 2021

The Bitcoin Bubble: Should I Join? 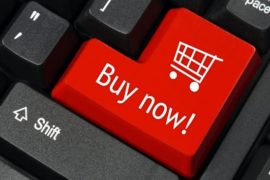 How to Stop Buying Online

Apr 8, 2020
We use cookies on our website to give you the most relevant experience by remembering your preferences and repeat visits. By clicking “Accept All”, you consent to the use of ALL the cookies. However, you may visit "Cookie Settings" to provide a controlled consent.
Cookie SettingsAccept All
Manage consent