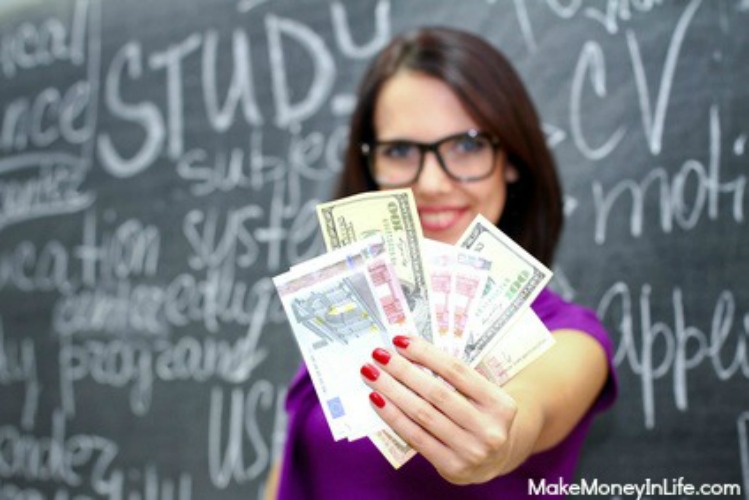 Are You a Broke College Kid? 5 Tips to Have More Money for Beer and Food

Being in college is pretty awesome. While a lot of undergrad classes aren’t that much harder than high school, pursuing a higher education means that you probably have a lot more freedom than you did when you were still a high school student. That means you’ll have lots of opportunities to hang out, party and make memories that you’ll enjoy looking back on for the rest of your life. Although you obviously don’t want to squander your chance to get a degree, you also want to avoid taking yourself too seriously during this time.

The only bad thing about college is it’s not cheap. A survey conducted by the College Board found that to attend a public college with in-state tuition, the moderate annual estimate of its cost is $22,261. And for an average private college, that amount nearly doubles to $43,289. Since those aren’t small amounts of money, it’s normal for college students to be short on cash. Even if they have some scholarships and financial aid, many end up needing loans. And because their parents may already be helping with expenses like books or housing costs, the last thing the average college student has is a surplus of spending money.

The good news is it’s not that hard to live cheaply during college. But that doesn’t mean you want to constantly have a wallet that’s completely empty. So if you want to be able to keep a little money in your pocket for common college expenses like beer, here’s how to make that happen:

Read more
Here's Why You Should Stop Using Your Debit Cards

Don’t Get Caught in the Credit Card Trap

Need money now? Then shouldn’t you just take advantage of the multiple offers credit card companies are sending to you? Definitely not! While using a credit card during college can help you build your credit, that doesn’t mean you should use it on your daily expenses. Instead, to avoid spending too much and ending up making monthly payments for years to come, only use it for fixed bills like your cellphone that you already know you have enough money in your bank account to cover.

Take Advantage of Living On or Near a College Campus

It’s no secret that the average college student isn’t flush with cash. But since making a little is better than making nothing at all, most businesses near college campuses offer lots of great deals to entice college kids’ patronage.

Try to Avoid Ever Paying Full Price for Online Purchases

One reason that buying items online works great for college students is because you don’t have to spend money on gas. Another reason is because it’s easy to compare prices when you’re shopping online. And as if that wasn’t enough, by taking advantage of the thousands of coupons posted on sites like GreatDeals.com, you can save even more on the purchases you make. So if you’re ever out shopping with friends and see something you like, before impulsively purchasing it, just remind yourself that by simply going home and looking for it online, it’s almost guaranteed that you’ll be able to buy it for less.

Go On Trips With People You Know are Fair

Whether your destination is two hours away or five, if you’re going on a little weekend getaway with friends from school, just make sure everyone is on the same page in terms of splitting costs. While these types of trips can be a lot of fun and not cost an excessive amount, that’s only true if everyone follows through on footing their portion of the trip bill. If a potential member of your group has a reputation for being overly cheap, you may either want to leave them on campus or get their portion in advance.

A Little Cash Adds Up

It doesn’t take a huge amount of cash to make a noticeable difference in terms of how much spending money you have each week. So if you want a little extra, you don’t necessarily have to commit a lot of time to getting it. Whether it’s working a very part-time job, donating plasma or starting your own one-person business, there are no shortage of ways to get more cash flowing into your pocket.

Even without much money, it’s not difficult to enjoy college to the fullest. But since you now know that it’s relatively easy to cut some costs and drum up a little extra cash, you shouldn’t have any trouble funding your favorite extracurricular activities!

Rachel Donnelly works full-time as a writer. Although it’s been over a decade since she was in college, she remembers exactly what it was like trying to scrape together $20 for a night out!