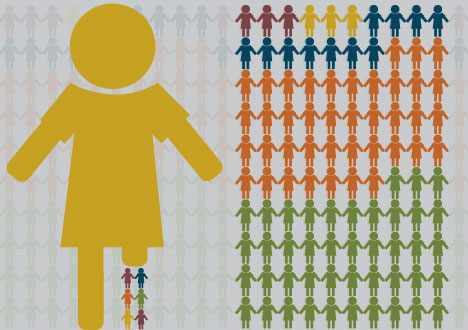 Dissecting the 1% – Is it a Monster of Our Making?

Considering that “99%??? has all but entered our dictionaries, it’s interesting to stop for a while and think about that dubious 1%. It elicits so much of what Guardian writer Oliver Burkeman calls “envy, admiration, disdain [and] awe??? that peoples’ feelings surrounding the minority have dissolved into plain, old, hard-boiled anger.

But the percentages are not actually correct; simply type your annual income into globalrichlist.com and you may find yourself amongst the unattainables.  But this is only a measurement of income and not of assets, of which the 1% have surfeit, making them not only the 1% but the 0.001% or smaller. And as you probably know, that wealth is a result of dealings that have come under scrutiny recently – things like bonuses, tax structures, family inheritances and more.

Even those on the rich list have suffered this year – according to a report from Wealth-X, which states that those in the $200 million to $499 million range saw their combined wealth fall by 11.4%, and their numbers shrank by nearly 10% (from July 31 through to the same time this year). Only the billionaires survived the tough economic conditions, seeing their wealth increase by 14% to $6.2 trillion, stretching that margin between the actual 1% and everybody else just that little bit more.

And the Sunday Times, Forbes and Guardian rich lists publish figures, but many experts suggest that they’re approximations or exaggerations. As Jeremy Carr so kindly demonstrated earlier this year, many smart accountants have been employed to conceal the extent of people’s true wealth. According to research conducted for the Tax Justice Network (which sifted through data from the Bank for International Settlements (BIS), the International Monetary Fund (IMF) and reports from private sector analysts), the UK’s offshore economy could amount to $21 trillion.

The rich lists tend to tell us the same thing year after year – that we live in a society where the rich get richer despite economic fluctuations, but is the margin changing? This year the richest 1,000 men and women’s combined wealth in the UK (£414.260 billion) was equivalent to more than a third of the national debt in May, and that’s only considering their identifiable assets.

According to Wealth-X, which has just published the World Ultra Wealth Report 2012-2013, the rich are moving away from speculative investments and putting their money in private companies, commodities and property. Elsewhere, globalization has stretched low-skilled wages to the bottom end and at the top end, big bonus culture (more common before the credit crunch), has led to what economists call a “racing away??? on the high-income scale.

Author Steward Lansley (via the Guardian) writes, “There is absolutely no doubt at all that the statistics on income and wealth at the top understate the problem.” Are the rich lists simply sleazy entertainment or are they useful for us to glean from whence the world’s wealthiest people are gathering their fortunes? Perhaps a smarter place to start would be with actual figures (you can look up free credit reports at Duedil.com) rather than paging through lists of divorcees, lottery winners and heiresses.