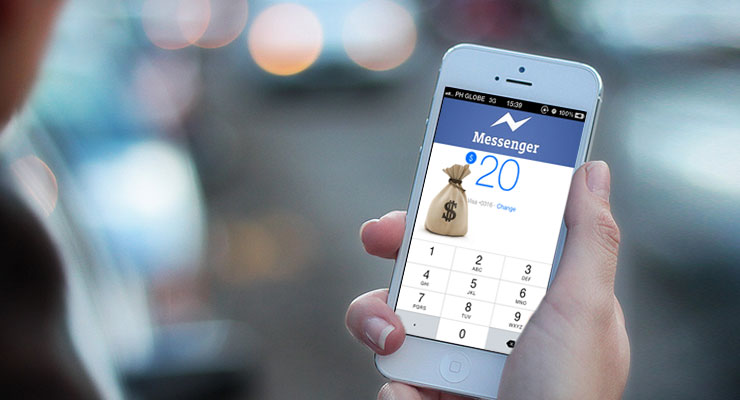 Facebook Messenger has quickly risen to the most downloaded application on the App Store. The latest announcement by Facebook has introduced an option to the Facebook Messenger that will allow users to send money to their friends via messenger. This has cleared a lot about intentions Facebook has had when they have started pushing users to download messenger app since the middle of 2014, by removing the messages option from the Facebook native app.

Facebook claims that the new feature will bring many benefits to the messenger users. Messenger will allow users to send money to their friends and family for a very small fee. Money will be sent via debit cards, and the person who is sending the money has its bank account and card information hidden and secure, and receivers aren’t going to be able to see any information about forms of payments of the sender. The use of PIN code and Apple’s fingerprint ID will provide the system with additional layer of security in order to protect the Facebook messenger users sensitive account information.

What are some of the cons of the Facebook Messenger?

Usually when it comes to changes on the platform big as Facebook, many users are discontent at first.  Most of the users don’t like these changes, and this is especially sensitive since it is connected to money.

Many of the users will probably worry whether their account and debit card information will be connected with their Facebook account, and will a hacked account become even bigger problem then it was up until now.

Read more
How businesses and charities can work together

Also, many of the users are skeptical about the intentions of Facebook. Does this mean, more and more ads will start popping up in the news feed? And does this mean that now there will be options such as buy now directly from a timeline? Will Facebook go that far to implement this kind of hook for its customers?

Of course sending money via apps or electronic messaging systems isn’t anything new, but PayPal president David Marcus has been brought to Facebook last year to lookout on the Facebook messaging system. Combining his skills and expertise in the field of electronic payments and money transfer, with Zuckerberg’s visions of the future of social media and huge database of users, it seems that Facebook Messenger could potentially bring a small revolution into e-commerce in the near future.