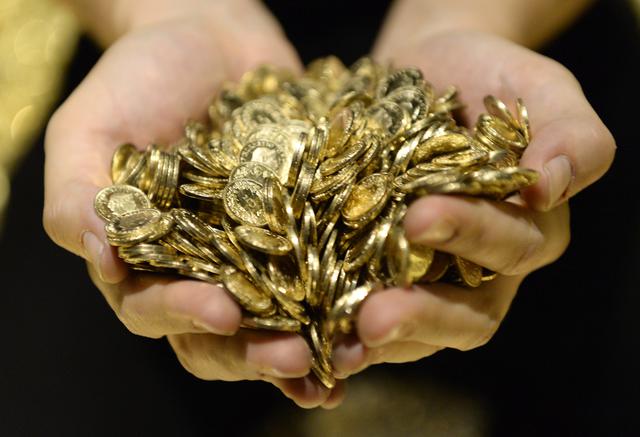 Have You Heard? The World Is Already Shaken By Another Gold Rush!

First time after the 70s a demand for gold has caught on the world in 2008 in parallel with the global financial crisis. Now there is a new gold rush on the verge.

This trend can already be seen in the US, where during the March this year the sales of golden tiles has risen 151%. While only in February in the US alone 18 500 ounces of gold has been sold, and in March 46 500 ounces.

US experts are estimating that the current price of gold, which is formed daily in London is around $1200 per ounce and they are claiming that this price is currently low in comparison what we are expecting. The estimates of Australian company ANZ about the rise of the price of gold in the next year are based on the dictate of improved demand for gold in Asia, especially in China.

Higher demand is increased by central banks and institutions around the world that are looking for security in gold once again. Gold standard that existed from 1821 to 1971 has introduced central banks of the US and EU with high amounts of gold. Around one quarter of mined gold in the world is located in the central banks of US, Germany, then IMF (International Monetary Fund), Italy, France, Russia, China, Switzerland, Japan and Netherlands.

For investors gold is a way of security against catastrophic events on the global financial markets. Gold is a good security in times of hyper inflation because it secures the worth much better then cash. The gold also never disappears, it only changes it’s shape. Half of the gold has been converted to jewelry. Around 20 percent is kept as investment while around 10 percent is used in the industry, while the rest is kept in the banks.

European analyst Eugen King claims that earth has only about two decades of mining for gold while US estimates are that the earth keeps around 52 000 tons of gold.

The gold has always been worth and very much appreciated, however there are times like these where its value is rising constantly and some people who have noticed these trends before others have succeeded in earning great fortunes in short period of time. If you think this trend could really be ongoing, feel free digging up some more, who knows maybe there is an excellent opportunity for earning some meaningful amounts in the near future. 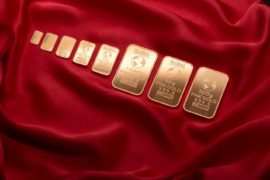 The Right Way to Invest in Gold

Mar 17, 2022
We use cookies on our website to give you the most relevant experience by remembering your preferences and repeat visits. By clicking “Accept All”, you consent to the use of ALL the cookies. However, you may visit "Cookie Settings" to provide a controlled consent.
Cookie SettingsAccept All
Manage consent