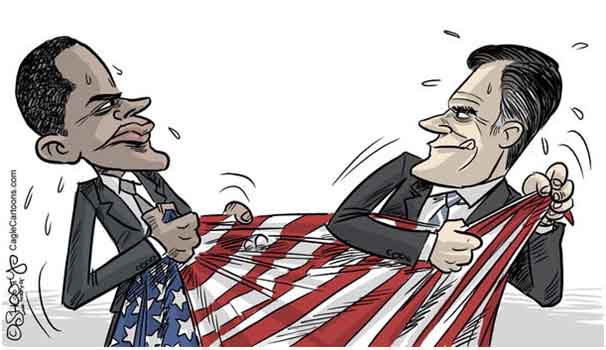 Money and education go hand in hand. The more popular a course, vocation or degree, the more students it attracts and the costlier it becomes. Students are taking huge education loans in order to get the degree that they think suits them best and will help them building a good career.

This becomes a little complicated when paying the interest on the loans gets harder in an economy where jobs are shrinking more than ever with minimal signs of recovery.

The situation has touched millions of lives and even the political leaders are not unaware of this fact. In fact, it has been their effort to attract more students to the idea of freezing interest on student loan. The idea is not as well received by the law and policy makers as it should be, even though it has gained a huge following to Obama and Romney agrees to him at least here.

President Barack Obama’s visit to various colleges and universities is seen as a great step to lure student voters. They have just come up to the age of voting and will vote the leader who is more concerned and aware of the situations students are dealing with. Obama sharing his own and his wife’s experience of student loan and its repayment has earned him a trust that could not be extended to Romney just because he never had to face this thing due to the support of his wealthy father.

[tweetherder]It is believed quite strongly that the appeal of Obama strikes better than that of Romney[/tweetherder]. The reason behind this could be understood by the fact that most of the loan takers are from poorer and middle class background and Obama happens to have already felt the waves of it.

Read more
Dropping House Price: Either A Good Or A Bad Decision

Although, the above point we discussed make sense, recent college graduates are not ready to be pacified easily merely by the words and support of Obama. They are witnessing a bleaker economy and a very high level of unemployment and Obama has to do much more than just to support a bill that freezes the interest rates of loan. This would surely add to his credit if he takes measureable actions to repair the damage done to American economy and fix the problem of unemployment in America.

On the other hand, Romney is also professing the exact same words regarding the loan interest rates but there are certain mismatches in his earlier speeches noted by the alert ears of journalists. He said in one of his speeches that he supports the budget presented by Rep. Paul Ryan, R-Wis., that proposes for doubling the student interest rate. This contrast can raise eyebrows of voters when the fight for presidential elections is going neck to neck.

Almost in a dramatic way, President Obama can win the elections again but this time he carries more responsibilities than the last time. People have already witnessed what he has done and what capabilities he has to take this task in hand forward. On the contrary, Romney has to assert and reassert his case in front of American people and even there, his gaps are noted. What happens next remains to be seen.

Saurav sharma is a financial blogger who loves to share interesting financial stuff on the web. He is very enthusiastic to acquire and share knowledge about finance, business strategy, credit score etc. Tips for Making Real Money as a Gamer

Jan 28, 2022
We use cookies on our website to give you the most relevant experience by remembering your preferences and repeat visits. By clicking “Accept All”, you consent to the use of ALL the cookies. However, you may visit "Cookie Settings" to provide a controlled consent.
Cookie SettingsAccept All
Manage consent