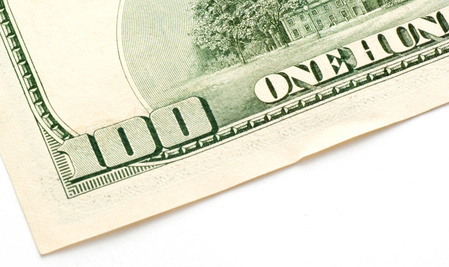 In the game of Monopoly, players mark their progress around the board with one of eight tokens; a dog, a car, a hat, an iron, a shoe, a thimble, a battleship and a wheelbarrow. They are unchanged since the game first went on sale in 1935. Everyone supposedly has their favorite and users of Facebook, a social networking website, have been invited to say which it is.

But this apparently light-hearted survey hides a deeper and more sinister purpose: The token with the fewest votes will be dumped, to be replaced by one of a more “up to date” selection which includes a tablet computer, a wheel clamp, a food bank, a printing press, a dustbin, a Parthenon, an elephant and two measures of inflation.

Nobody is talking about the elephant but the first measure of inflation is in the news this morning. RPI – the retail prices index – measures the cost of a standard basket of goods and services and started counting in 1947. Then came HICP; the harmonised index of consumer prices introduced by Eurostat in 1993 which is known in Britain as CPI.

Politicians don’t like RPI because it is typically higher than CPI. They would like to dump it altogether and base government costs (index-linked bonds, wage negotiations, pensions, etc.) on the lower CPI. With that in mind the Office for National Statistics (ONS) was asked to reformulate RPI with a view to making it lower. Unfortunately for politicians on both sides of the House, the ONS has concluded that “there is significant value to users in maintaining the continuity of the existing RPI’s long time series without major change”.

Read more
What to Do If You Have Bad Credit - Is It the End of the World?

The decision to keep RPI roughly as it is should not affect the outcome of today’s Monetary Policy Committee meeting in London. The MPC’s focus is on CPI and keeping it within one percentage point of 2%. Given that it is now three years since inflation last touched 2% one might reasonably ask whether the committee is doing its job properly. The MPC would respond by listing the dire consequences that would have resulted from their over-zealous pursuit of an inflation goal in the middle of a recession. At least one of them, David Miles, will almost certainly have voted again today for more asset purchases to add to the £375bn of gilts already piled up (metaphorically) in the Old Lady’s vaults. Will he have been able to persuade four of his colleagues to join him? Probably not.

The other important policy decision today comes from the Governing Council of the European Central Bank in Frankfurt. No change is expected to the ECB’s 0.75% refinancing rate but a cut is not impossible to imagine.

If all goes to plan then, there should be no boat-rocking by the two central banks and there is really nothing else out there to get things moving. This morning’s Chinese trade figures, which showed imports an annual 6% higher in December, caused the Australian dollar to strengthen by a cent but the Aussie was the day’s biggest mover by a long chalk. The pound is half a cent lower against the North American dollars and up by three quarters of a yen.

Sterling is unchanged for a third day against the euro and the franc in currency exchange  not including send money online. Barring surprises from M/s King and Draghi it could be a similar story tomorrow.

Tariq is an ex financial investor and now spends most of his time consulting brands and businesses on how best to invest their cash.