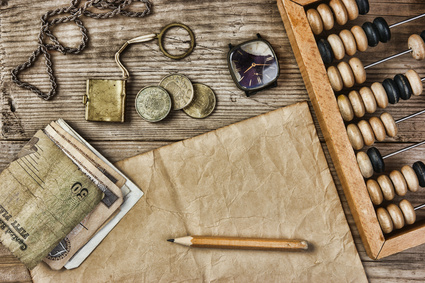 People of the past had aspirations of a better tomorrow, hoping courageous turns of events, hard-earned successes, and their present-day sweat and strain would pave a plusher and more progressive path for the footfall of future generations.

However, there were those who took all for their worth, places that hosted no monetary hopes, and times which revealed no economic sunshine, crashing champagne dreams and leaving people in a less-than-bourgeois reality.

Rather than add to society, some added to its demise; particular times were the worst times; and, key elements left us barren of pocket.  Hide your coins and grip your revenue before their remains are all that’s left in the wake of the following people, places, and events, which have been known to kill economies, incinerate investors, and death-grip gamblers.

If you’re known to fancy a drink from time to time, and willing to trade your UK financial sector job for an energy broker position in Switzerland post starting a major financial faux pas, consider drowning your economy in a drunken stupor like so.

Steve Perkins, aka ‘The Freddy of UK Finance,’ drowned the economy via his oil trading, single-handedly influencing the price of the commodity by $1.50 in the middle of an inebriated evening.  What kind of damage can you inflict with a bottle of booze and some spare time?

Perkins bought $7 million barrels of oil, betting $520 million of his own company’s money, creating a $10 million loss when trades later rendered illegal.  You’re thinking so what?  (You’ve probably had a few too many Johnnie Walkers, grown brazen, going online to make a dash for an entire market’s crash before, right?).

However, unless you are responsible for ten times the usual volume of contract exchanges within one hour, equaling a disaster of geopolitical proportions, you’re not doing it like Perkins.  He continued to spike the price by bidding higher each time, culminating in a 69% domination of the market all in a span of hours within drunken night’s time.

Some Italian guys, with a lot of vowels in their last names, may break legs for unpaid debt.  One Hungarian toppled the United Kingdom’s economic system, collecting on a short sale of $10 billion worth of currency, causing the UK to bow out of the European Monetary System in one risky display of economic slaying.

The price of the pound fell 24%, ultimately awarding George Soros $1.1 billion for the wise decision.  It’s not usual for a killer to make a kill-or-be-killed attack, but that’s the modus operandi of a gambler.  If the price of the pound were to increase during that time, Solos would’ve been the one thrown under the oncoming economic double-decker bus, but that’s not how this shut-and-closed murder case occurred.

The Hungary-money man may not be single-handedly accountable for Britain’s recession of the early 1990s, but many of the UK’s natives refer to the event as ‘Black Wednesday.’  Some economies go to heaven; the event inspired a modification of the economic establishment, eventually experiencing economic growth (or a financial afterlife).

The Isthmus of Panama seems innocent; it’s about 400 miles of land stretching from modern-day Columbia to Costa Rica.  Who would’ve thought it would have a hand in Scotland’s economic downturn and host Spain’s spoiling of Scottish colonization, sealing the latter’s eventual financial damnation.

Around the end of the 17th century, Scotland needed to do some spring-cleaning of its economy.  Money was gathered (about one-fifth of its existing revenue), which was to be invested in Scotland’s future along the Caribbean.  However, the initial landing and eventual investment did not go as planned.

Early settlers grew sick, incoming supplies were regularly shipwrecked, and the major second fleet of Scotland’s immigrants were met by the remains of the first fleet (who had left by that point) and Spanish soldiers, who learned of the destined settlement, intervening and foiling the entire expedition.  The overall intentions never saw fruition, eventually inspiring the Acts of Union pact with England, forming Great Britain.

The UK experienced a fierce blow to its economy in the 1930s; unemployment soared, and the value of the pound soured.  However, ironically, the entire enterprise was not aligned with Classical theory, which demonstrated and expected a steady rise in economical growth and associated investor benefit.  But the ‘Paradox of Thrift,’ pointed out by J.M. Keynes, argued the UK’s behavior in response to a decline made things (paradoxically) worse.

The Paradox of Thrift cites, if individuals start getting greedy rather than shelling out their monies, overall, the output lowers, negatively influencing consumption and gross revenue.  During a recession, it would seem natural for private parties to begin hoarding their money being paranoid of current situations, protecting themselves from further harm or debt.

However, when everyone saves and no one pays out of pocket, perpetuating the economy, overall, it suffers, spiraling further downward.  Fall in spending leads to a decline in overall demand and atrophic and atrocious growth.  Oh, the economic irony!  No one really listened to Keynes until after the effects of the US and UK depressions.

Age-old storytellers have warn tragedy usually follows blind optimism and confidence.  Such is the somewhat story of America’s Great Depression as seen by the Monetarists, a sect of financial philosophers who place particular focus on the Federal Reserves’ disallowance of economic stimulation during the years of 1928-32.

The Monetarists direct attention to a fundamental deviation in the address of financial disaster.  Before the formation of the Federal Reserve, the US government would respond to financial downfalls by allowing private investors to insert liquidity into bank accounts, curbing hysteria and facilitating equilibrium.  Actually, the Federal Reserve did follow this path in 1907.

But in the years of the Great Depression, the Federal Reserve did not emulate the stimulation of private investors of yore; this stinginess caused a contraction of the economy.  The Fed refused to bailout banks as it did in the crisis of 1907, and one-third of all banks perished.  The government remained firm, wanting to maintain the appearance of a stable economy.  The rest is monetary history and decay.

Daniel Lindsay is a private forex trader and blogger. He mainly writes about history of finance and forex related articles.

Follow him on Google + for more forex related articles.