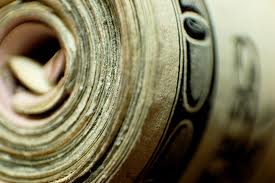 According to the Chief of National Australian Bank (NAB), Cameron Clyne the impending financial crisis being faced by Aussie banks will affect their ability to lend to businesses and potential home buyers going forward. The comments were made as Mr Clyne motivated his case to the government to make the country’s $1.3-trillion super sector accessible to banks in order to stimulate the funding required to them to meet their financial targets.

He said that restricting credit was a quick and sure way to send the country into a recession, adding that if funding was not available lending would have to be restricted. Comparing local performance to banks in the United States and Europe that needed bailing out during and after the global financial crisis he said that Aussie banks had been solid. He said that the $1-billion a year needed by the banks was going to be difficult if another crisis was to hit the economy.

In his financial synopsis Mr Clyne said that Australia did not have long term focus to build the security and infrastructure necessary to maintain its fiscal future. He added that business attempts to partner up with Asian countries should not be hampered and that any behaviour to dissuade foreign investment would be counter-productive.

He went on to say that Aussie businesses should be considering more active interest and investment in Asia despite counter arguments that previous attempts at expanding into Asia had yielded poor performances. Mr Clyne explained that a concentrated and consolidated effort would be required in the region to move forward. His firm belief in the potential of super funds was based on it being so readily available but he said the key to making it work was distributing and using it correctly. His other suggestion was to offer tax breaks for deposits and actively promote loan investment for the banks, in order to stimulate activity. He also proposed that a banking review be conducted, in the same spirit as the Wallis Inquiry.

Read more
Beat your debt – Save money while shopping

And, as individuals and businesses are looking for a way to increase their savings account the RBA has said that people need to be looking at assets that offer higher returns than what is currently on offer for bank deposits. Currently, the highest interest available on savings accounts is just above 5% (BankwestsTelenet Saver at 5.25%) but many banks are offering little to no interest.

However, any further rate cuts could see deposits drop even further and making it even more challenging for people nearing retirement to fund their lifestyles.

Investors who are looking to diversify and those willing to take on a little extra risk, could think about putting their money into the 140 companies on the S&P All Ordinaries Index, which paid out dividend yields of more than 5% last year.

For those who are a little more conservative but still need to attract higher interest yields the big four bank as well as the country’s regional banks may have packages that are more suitable to your needs. Even though returns on investments are never guaranteed approaching the banks is another option that is available. Given the high competitive nature in the industry you may be surprised to find that you can find something from a bank you have a long-standing relationship with.

In order to make an informed decision make sure you put your money between high quality companies or banks that have the potential for growth- this is the only way you will be able to see your money grow. Doing this on the S&P All Ordinaries Index could see you yield returns higher than what is on offer from the banks.