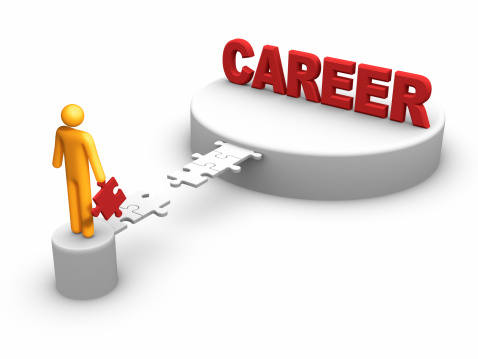 If You Want to Get Promoted, You Need to Have a Plan

According to a study published by WorldatWork, companies promote around 10% of their employees each year. Although that may seem like a small number, it doesn’t mean a promotion is out of your reach. Instead, it simply means you need to be strategic about your advancement. If you want a new job title, more responsibility and a higher salary, here are the things you need to focus on doing:

Bragging about what you do best isn’t going to help you out at all. But what will put you on track to a promotion is taking steps to ensure that your most valuable skills are noticed by your boss and anyone else with an influential opinion. By putting yourself out there in a positive way, you’ll be able to get on the right radars.

Pay Close Attention to Your Boss

Getting promoted doesn’t require you to be the person who spends all their time sucking up to their boss. In fact, there are many bosses who don’t like that kind of behavior. But with that being said, a promotion almost always requires your boss to respect you. And if you’re constantly on bad terms with your boss, it’s going to be hard for them to respect you.

That reality is why it’s important to pay attention to your boss. The more you know about your boss, the easier it will be for you to interact in a positive manner. Since everyone has their own personality quirks, being aware of what your boss likes and dislikes will ensure that you’re able to steer clear of any possible promotion pitfalls.

Read more
What To Look For When Choosing A Company Car

You obviously don’t want to be regarded as the person who thinks “they know it all.” However, it’s definitely not bad to be thought of as someone who always has something interesting and useful to share. The best way to earn that distinction is by making it a priority to absorb new information and consistently talk about it with others. For example, if you read an article with 6 tips from the best places to work, mention a few of the tips during casual conversation.

Keep in mind that being the source of that kind of information doesn’t mean you have to be the decider of what’s right and what’s wrong. Instead, it just means that you can give others interesting topics to think about and discuss. And while all this will probably start as casual conversation, you never know when the information you share will become influential enough to go to the next level.

Chances are there are lots of different projects you can work on as part of your job. Because your goal is to get promoted, your initial thought may be to get involved with as many projects as possible. While you’re far from being the only person who has had that thought, it’s actually not the approach you want to take.

The reason that’s not the path you want to go down is it’s going to end up with you being spread too thin. And once you get spread too thin, you’re not going to be able to do your best work. So instead of having the intended effect of showcasing just how good you are at your job, you’re going to be visibly struggling to handle your workload. Since that’s not something you want, focus on the quality of projects instead of quantity.

As discussed in a CNN article, if you want to do something that your boss and everyone else is going to notice, bring in new business for your company. Although this can take time to do, going the extra mile and showing that you truly care about the future of your company will definitely show that you’re committed. It will also show you’re a real go-getter!

When the time is right, don’t be afraid to ask for the promotion you believe you deserve. Far too many people get stuck in their current position because they aren’t able to work up the courage to ask their boss for a promotion that’s available.

If you really like where you work but feel that you need more responsibility, a promotion should definitely be within your reach. As long as you put together a solid plan based around the key elements we discussed, you should be well on your way to getting promoted!

Scot Mossberg is a head hunter and career advisor. His true passion in life is assisting matching the correct individuals with the proper companies while giving them career advice and guidance on how to “land that pefect job”! 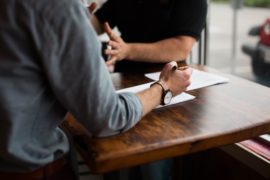