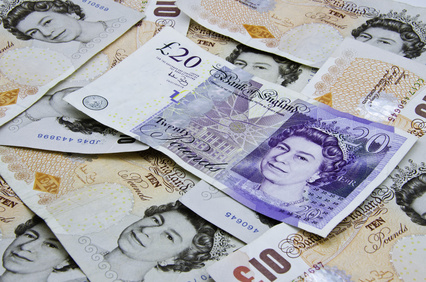 What effect will the PPI scandal have on the future of banks?

In its own right the on-going PPI scandal will not have an effect on the future of the British banking system, but seen as part of a greater whole the damage it has done to the reputations of our high street banks cannot be over-estimated.

The banking industry in the UK has been reeling from scandal to crisis for the past decade and the warning bells for the widespread mis-selling of PPI started to ring early in the decade with concern being expressed by consumer groups and Which? magazine that this apparently beneficial product was being sold to people who did not need it, did not want it and, in many cases, didn’t even know they had it.

But soon there were bigger problems on the horizon which pushed PPI onto the back burner. They started on the far side of the Atlantic when the sub-prime mortgage market started to teach us all about the phrase ‘toxic debt.’

At first it seemed to be just an American problem, but then the true scope of the debt re-selling made the British banks sit up and take notice. They quickly started to examine their exposure to the disaster unfolding in the States and realised they were in trouble – not just them, but banks world-wide were caught up in a complex web where debts had been sold, re-packaged and re-sold.

In fact, things got so bad it started to threaten their very existence and that was when the Government stepped in with a £61 billion rescue package which made the taxpayer the majority shareholder in three of our top banks – Lloyds TSB, Halifax and Bank Of Scotland.

It was around this time that the PPI mis-selling scandal really built up a head of steam. The first warnings had come from Which? magazine in the first half of the decade. By 2010 the Financial Services Authority (FSA) said they thought the total compensation bill might reach £3 billion, but that’s not even close.

Read more
Should Banks Have Access To Super Funds?

The current level of payouts is now over £8 billion with some financial analysts claiming it could eventually rise to a staggering £24 billion, making it by far and away the biggest mis-selling scandal in British financial history.

Numbers like those have put PPI mis-selling very firmly on the map, but it hasn’t been the last crisis to strike a body blow at British banking.

The LIBOR rate fixing scandal broke in 2011 when British banks had to admit to conspiring with their American colleagues to artificially fix the rates at which banks lend money to one another to make the situation appear better than it really was.

Barclays have been fined £290 million which Royal Bank Of Scotland was hit with a £390 million penalty for their complicity in the rate rigging storm which broke last year. Both banks have said they will look at recouping some of the money paid in fines from the bonus pool of its investment bankers.

Reform of the UK financial industry is already under way with the new Financial Services Act already on the statute book.

It has been designed to replace the old system of regulation which failed to protect the economy during the banking crisis and will see the abolition of the FSA with the Bank of England taking sole responsibility for the country’s economic stability and needs.

Three new bodies will look after the detail:

Read more
In Good Standing: Learn How to Repair Your Credit Score in Five Easy Steps

But the joint LIBOR and PPI scandals were the straws which broke the camel’s back, forcing the Government to take action and establish the Parliamentary Commission on Banking Standards to carry out pre-legislative scrutiny of the upcoming banking reform bill. The bill is intended to force the banks to ring fence their high street retail banking operations from the riskier investment banking arms by 2019, thereby reducing the likelihood of another 2008-style crash.

The commission is currently taking evidence on a wide variety of topics and has called several top names involved in the mis-selling of PPI to give their version of events. These included former Lloyds TSB chief executive Eric Daniels who denied there was widespread mis-selling of PPI by his bank and that it was caused by a ‘misunderstanding’ between the bank and the FSA.

Though Mr Daniels claims the bank did not mis-sell PPI they have set aside over £5 billion to pay claimants – more than any other UK bank – and they are rumoured to be considering adding another £1 billion to top up their provision.

The hearings continue in what the Government has described as the most significant reforms to the banking sector in a generation, designed to make it safer, more resilient and more resolvable.