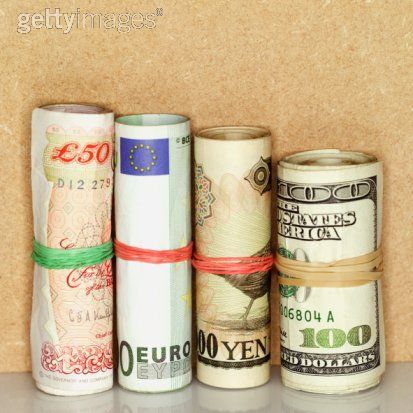 What You Should Know About Emerging Market Currencies

You know that high risk investments can pay off handsomely. That’s why you like the forex market. What you don’t like is losing money (for obvious reasons). Somewhere between 1:1 and 500:1 lies a happy medium you’re willing to accept. Emerging market currencies help you move away from the higher leverages since they are sometimes inherently more volatile. Before you jump in with both feet, there are a few things to consider.

A Different Kind of Risk

In forex, it really boils down to what types of risk you want to take on. For example, high leverage on a more stable country might be justified. After all, if a country is stable, where’s the risk in its currency? Then again, where’s the profit going to come from in an overly stable currency? This is where emerging market currencies can be useful. You can leverage up on an emerging market, but there might not be a need for that due to its volatility. As an emerging market becomes more and more stable, there’s a “sweet spot” where profits are made. Usually, this happens when a nation starts on an upward trajectory of growth thanks to political, and thus economic, stability.

Why You Should Consider Emerging Markets

Emerging markets are, as you would suspect, markets where the country (and thus the economy) are not as developed as larger countries (like the U.S. or France). Countries like Kenya, Mexico, and Romania are all considered “emerging market” countries by the International Monetary Fund (IMF).

Read more
A Guide Starting Your Own Business after Retirement

The opportunities here are nothing short of amazing if you know how to trade these markets. Because of the inherent volatility, huge swings mean huge profits from either going long or selling short. One of the easiest ways to benefit from emerging markets is to capitalize on growth spurts in emerging nations.  Even emerging market countries can stabilize somewhat. When they do, and when the economy grows, this is often good for its currency.

Why You Should Stay Away From Emerging Markets

It’s not all rainbows and sunshine for emerging markets, however. There are special risks you’re just not going to find in other parts of the investment world. For example, many small nations are ruled with an iron fist by a dictator or “freedom fighters” that decide to overthrow a weak government. Countries like Somalia, Chad, and Zimbabwe are considered very unstable. Investing in these kinds of countries is asking for trouble.

Even for some more stable countries, there’s a question of liquidity risk. Because the country is smaller, an emerging market currency won’t be as liquid as, say, the U.S. You might not be able to exit your positions efficiently which means a wildly profitable trade could become your worst nightmare.

There are several things to keep in mind when deciding on whether you should enter the emerging markets:

What are my goals? Goals are everything. If you don’t have them, don’t bother getting into emerging markets. Make goals that are very specific and outline what you want from your investment. is it for long-term growth? Is it for current income supplementation? These goals will drive the rest of your decisions.

Read more
Tips to Become More Responsible with Your Finances

How much should I allocate? Allocation is another important factor affecting your investment decision. Emerging markets are very risky, but it’s not an all or nothing proposition. You could safely allocate 5 or 10 percent of your investment capital here and probably be fine. Of course, how much you want to put into these smaller countries is totally up to you. There’s a range. One percent usually isn’t enough, and 50 percent is probably too much – even for the most experienced investors.

What are my profit targets? Profit targets tell you when to get out. You might as well set your stop losses when you make your entry. It won’t always guarantee you exit your position when you want, but it helps – especially if you’re making really conservative exit goals.

There’s more than one way to get into this market. Emerging market bonds, are an indirect way to play the currency market since bonds are an investment in a country’s debt. If you attack this from several angles, you can sustain a few more losses than you could if you only used one approach.