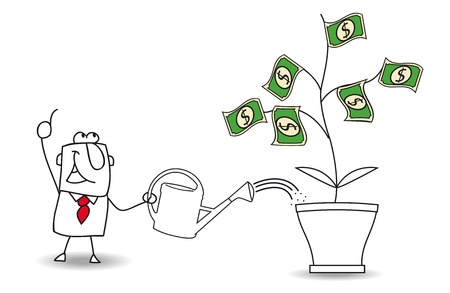 Why You Should Be Investing Your Profits Back In The Business

When many people set out to start up their own company, it is with a very particular idea of how it will all work out. For many people, it is just another imagination of a different job. They think that after a few years of hard work, they will be pulling in a salary that is the entire profit margin of their business.

This is no doubt a common dream, and it is no doubt possible in some cases. After all, the aim of any business is to make money for its owners. But there are a whole load of reasons that, as a business owner, you should be foregoing your share of the profits for as long as possible. This may seem counterintuitive, but it is in fact a great way to secure the future of your business, which in the long run will be the future of your income.

First of all, your first profits are not really profits. They could be an anomaly that will only make itself known next year, when your profits sharply decline. If you make your first profit, you should always be wary of celebrating straight away, as it could be an entirely freak occurrence. If you’re a brand new business, then there is a chance that you had no idea whether you would make cash or not, so don’t treat this as a lottery ticket to be cashed in.

If it was anomalous, then you will be wishing that you had invested the money back in the business in order to push forward your chances for a renewed profit in the following year. Taking out any of the profits as a salary can often be the same thing as pulling the carpet out from under the feet of your business as it is just beginning to walk, so be wary of this.

You should also view reinvestment as an opportunity to make a statement about your business to investors and the world at large. When you reinvest in the core parts of your business, what you are really saying is that you are in it for the long run. This means that you are not going to be involved in business sheerly as a matter of self-profit. Instead, you are trying to build a sustainable business that will outlast you. When it comes to attracting investors, this is a huge bonus. They see your willingness to make sacrifices for the business as a personal vote of confidence and a statement about your values as a businessperson.

You should also be investing in order to make your business a tangible presence in the business community. There is a chance that your first profit has come about as a result of a single deal with a large client. This does not mean that you are a key player in the market, even if it does signify your first step on the ladder. If you have secured a significant deal then you should be using the profits to establish infrastructure that will allow you to entertain the business of other clients.

This may mean many things. It will mean investing in logo and web design, as well as potentially making new hires. It may mean using Strategy Hat office fit-out services in London in order to establish central offices in the heart of the business community. Whatever it is that your business requires in order to establish itself, there is one key point to remember. The first profit you make is not a sign that you have made it, but rather an opportunity for a foot-up into the general marketplace.

Read more
How To Break Into the Mobile App Business

If you forgo this opportunity in favour of taking a personal salary, then there is a large chance that you will regret it in the years to come. At a crucial juncture such as this, the money is worth more to the business than it will be to you. And you will certainly see that money come back to you many times over if you are willing to exercise some restraint in the present.

You should also be investing profits in the business for a variety of more practical reasons. It will certainly attract investors, but it will also give your business a more favourable presentation to banks. This will mean that you are more likely to be offered a further loan, which at this point could have a dramatic effect on the trajectory of your business.

Of course, the most long term effect that we have hinted towards is that if you do not withdraw any of the profits at this point, you will ultimately make a greater profit. This is a basic rule that relies on the exponential growth of your business. If you keep investing in it at this point, then it will grow many times over at a much quicker rate. Then you will be able to withdraw a high salary at an earlier point than you would have otherwise.

Basically, when you think about taking a salary from your business at this point you are deciding between two things. Either taking a small and unpredictable salary in the present, or having a predictably large salary in the future.

Finally, you should also be aware that taking a profit may work counter to your best interests as an employer. The chances are that if you made any hires then you had to explain to them that they would not be offered a huge salary, as you cannot afford to offer a competitive wage. But if you, as an employer, are taking as much of a salary as possible then it is likely to undercut the general morale of your employees.

Much of the success of young businesses is staked on the employees having a team spirit, and the idea that everyone is in it for the long haul with a passion for building the business. If you take as big of a salary as possible then you are, in many ways, stealing away the investment that would allow your employees to also profit.