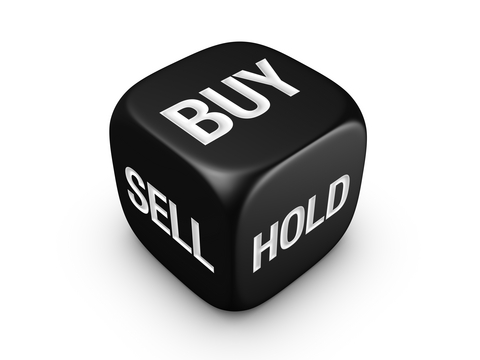 6 Reasons That Should Never Motivate You to Sell Your Stocks

It’s been seven years since the financial crisis and the market is still somewhat lethargic. Most investors are starting to get jittery due to this prolonged trend and some want to sell before the market turns.

Experts, however, maintain that the market is still expected to continue its upward trend though a few downturns and some corrections should be expected.

Such comments do not, however, serve to allay most investors’ fears, especially the older investors who feel they have little time to recover from a market downturn and are therefore not willing to take any risks.

It is okay to pull out of the market, but this should only be done for the right reasons. If your decision to pull out is motivated by any of the below, then you’re doing it for the wrong reasons.

The market can go up for a very long time. As much as downward trends should be expected every now and then, there is no stated rule that a market can only be bullish for a certain period of time. Other factors, apart from time, tend to influence the outcome of the stock market.

You can never know for sure when the market will take a turn. Even in 2009, you could not predict that the market would keep getting worse.

Bear runs and bull runs don’t have to balance out. Historically, the market is actually up for a much longer period thus it’s bearish.

There’s always a positive side even in a bearish market. New opportunities emerge and sooner than later, the market pulls up again.

It’s inevitable that interest rates will go up, though it’s not clear when that will happen. However, even with this interest rate issue hanging over the market for more than a year, this has not stopped the market from moving up.

It is the assessment of most experts that the increase in interest rates will be staggered so that the Federal Reserve can observe its effects, therefore the impact might not be as dire.

It’s true that one just never knows what the government will do next.

A record high market is not necessarily an overpriced one. If you pull out now, you should only do so because you will sell at a profit, and you want to get back in when the price is lower.

However, if you have held back in the last few years because you feel the market is overpriced, you have lost out.

As much as your money will be safe in your bank account, you will lose purchasing power due to inflation.

Read more
3 Tips on How to Make the Customer Stay

There’s also no telling when the perfect time will be to put your money in stocks. Besides, if the downturn takes another few years to come, you will have lost out on the bull market.