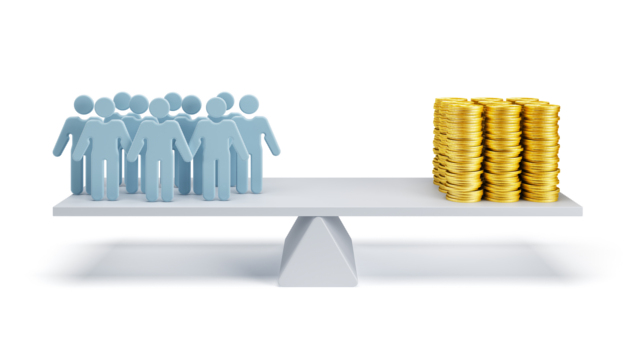 Low Labor Costs Not Enough to Stay Competitive in Manufacturing

It used to be a simple matter of making a good product sold at a fair price. Then, as mechanization advanced and the pool of available workers grew, manufacturing became a game of inches in pursuit of the lowest costs and highest returns possible. On the chopping block, traditionally, have been the human resources, whose purpose in manufacturing is to do what a machine cannot, for the lowest wage possible, until a machine comes along which can.

After decades in which manufacturers have settled into the routine of globalization wherein the cheapest labor possible and no labor at all are the only options on the table, the world economy is forcing them to once again adapt to change. As it turns out, when regions of the world previously deprived of any means of upward mobility suddenly get a path via manufacturing and other industries, they invest in education so the next generation can do better than assembling parts. These learned youngsters turn around and improve upon the industries of their parents, giving established manufacturing a run for its money.

Sure, simply move onto the next part of the world in need of development. Too bad we’ve run out of places to go. Now, manufacturers have to find new ways to stay competitive or risk liquidation. As it turns out, these “new??? methods are simply the things they’ve been putting off and dragging their feet on for the last 40 years due to higher profits via lower wages.

Leading the way are the following:

First generation manufacturing facilities are inefficient, but as time goes on and resources become harder to come by, the demand for efficiency grows. Keeping machinery operating at maximum capacity with minimal disruption–whether through the use of wear block technology or other methods of reinforcement–is one piece of the puzzle in pursuit of greater manufacturing efficiency. Once all methods of reducing overhead costs have been exhausted, techniques for getting the most out of existing infrastructure becomes essential in order to stay competitive.

The world is your oyster if you’re a major corporation interested in moving manufacturing overseas. So how come after 50 years the jobs are still going to China? Aren’t there places to find lower cost labor? Yes, but China has taken great strides to stay competitive via research and development. Highly specialized manufacturing, once the last stronghold for the blue collar workforce in developed nations, is something which can also now be outsourced.

The investment firms and other entities bankrolling today’s manufacturing are increasingly concerned about the long term stability of current systems in place. That isn’t to say they want instant change, rather they want manufacturers to be ready to enter the next stages of evolution this century through plans, pilot projects, and the exploration of new policies. If resources become extremely scarce, investors want to know the factories they support are ready to keep going.

Lastly, manufacturing must exist on stable ground. Countries around the world are currently undergoing political crises, under which the local economies struggle to stay strong. This trickles throughout the entire system, down to the factories open for business. All the low cost labor and automation in the world can’t fix an embargo or strike preventing business as usual from moving forward.

Read more
Business Intelligence: What It Can Do For Your Business

Once upon a time, the measure of manufacturing success was whether or not a great product was possible at a price the target market could afford. Then came the days when the cheapest options were what really mattered. Now, it seems, we’ve entered a new stage where these prior objectives have melded together. The world wants quality products made responsibly and affordably. The manufacturers managing to stay solvent this century will be the ones who embrace this change with open arms.