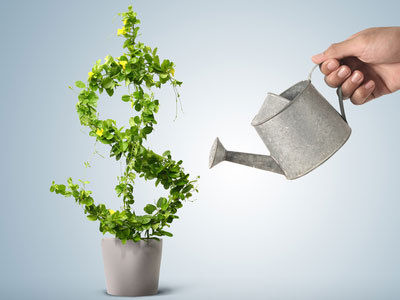 Start Investing Early In The Youth – Here’s Why!

Have you ever wondered of investing some of your money since youth? Would you like that at the end of college to have some great money to play with, but you might not know now where to start? Well, making savings is no easy job – you need to pay the rent, food, the gas and many more to come. I know what does it mean to live on your own, still as long as you are in college, you might be able to make some savings from what you get since students have different offers and coupons to different events and means of transport. Still, there have to be some great reasons why would it be better to start save some money instead of throwing them on the youth! In case you are looking forward to knowing more concerning the subject, make sure to stick with us and keep an eye onto the following lines to get a better image over two case scenarios – two that you might be more than excited to find out about!

John used to save as much as $2,000 yearly during 6 years of life. Throughout this period, he even managed to get some interest and thus, change the sum immediately. Of course, you cannot see the fast raise during the night, but John made it during 5 years of setting $2,000 every year – thus, it was an effort – an effort that was worth it, mainly because at the end of his 26 birthday he had many money in his bank account and as soon as he hit the age of 60 years old, he reached 1 million dollars.

2. On the other Hand, Sid Thought It Would be Better to Save Money Just After the Age of 26

Now, the other side of the story, Sid, he wanted to save money only after he had a job. Thus, after partying and paying a lot of money on useless things, Sid knew it was time for a change – but later than John started his own. Now, at the age of 26, Sid does quite the same thing since he adds $2,000 yearly and the bank account raises as years go by. One different thing with that is Sid at the age of 60, when he will reach as much as $800,000. He definitely loses lots of bucks because of those 5 years in which he does nothing but party or spend money on other things.