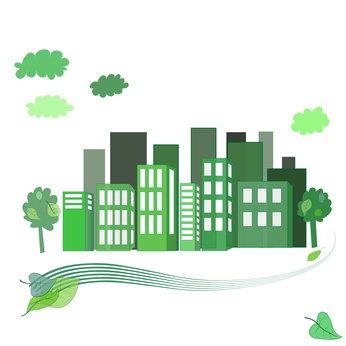 The World’s Most Eco-friendly Businesses: How Do They Do It?

It’s not easy being green, but it can reap rewards in terms of good publicity – this is something that a number of the most recognizable names in business today have taken to heart. Here are some of the most eco-friendly businesses on the planet, and how they manage to stay green:

The Swedish furniture retailers have stores all over the world, but they also source their wood (which is a huge amount) from sustainable forests, and have done so for a number of years. They also sell just energy-efficient lighting and refuse to use incandescent lights in any of their stores.

Although they’ve not done anything major yet, if British Telecom’s future plans are anything to go by, then expect them to feature more prominently in lists like this. They plan to reduce their carbon emissions by up to 80% by 2016, while investment in wind farm technology is also on their agenda.

Being in IT, one of the most energy-intensive industries, any attempt by HP to reduce their carbon footprint will be significant. In 2008, the firm compiled reports on greenhouse gases from their supply chain, and have also made bold steps to reduce energy use, saving them billions of dollars every year.

Facing similar problems to HP, IBM have tackled many environmental issues head-on. Energy consumption over the course of the 1990’s was reduced by 5.1bn kilowatt hours, enough to power a medium-sized town. Also, they’re working on solutions to reduce traffic in some major cities.

Read more
How to Write a Business Plan

One of the greenest companies outside the US, the NAB officially became carbon neutral in 2011. They invested several million dollars in the use of energy-efficient products, saving them close to 60,000 tons in greenhouse gas emissions.

Many companies throughout the world are seeking to emulate the likes of HP and Ikea by doing all they can to reduce their impact on the wider environment. However, could more be done to encourage businesses to go green? A spokesman from Make It Cheaper suggested that there is room for improvement:

“These are the sorts of well-known brand names to have whole departments and teams of highly-paid consultants dedicated to finding greener ways of doing business. Not so for the average business though.

“There are about four million small businesses in the UK and their understanding the benefits of investing in green initiatives – whether from an environmental, financial or reputational perspective – can be rather ‘finger in air’.

“The challenge will be to effectively deliver that message to the individual business owners. So far the government’s Department for Energy and Climate Change has spent £2.9m to promote the Green Deal. Sounds a lot but it’s only about 0.1% of their budget so we think there’s a huge amount more that could – and should – be done”

“Among the general public, a YouGov poll shows that only there’s 39% awareness of the scheme’s existence. It’s higher, as you might expect, among our own energy–savvy customers at 71% but not everyone is convinced of its benefits with only 10% telling us its no-brainer for them.

Read more
How to Increase Driver Safety in Your Trucking Firm

“Greg did say he’d produce a one-pager which spells it out for small businesses and, when that arrives, we’ll be sure to publish it on our website”, concluded the spokesman.

More is needed to be done, but by following some of the household names, businesses could show the entire world the way to a greener future. For now, there’s only so much that can be done to be more eco-friendly.