Apps, what would we do without them? Wherever you go today, apps are there and they’e playing a big part in our every day lives. There is an app for almost everything you need, from financial management apps to app that learn you how to play a guitar.

Our lives became easier, ok, they became easier from time to time, I admit that sometimes all those updates can be quite annoying but we like when app saves our time and money.

Why we love apps?

We love them for several reasons:

– they save money and time

– they connect us with friends and family

– they help us to learn something new and to feel special

– last but not least, they make us money.

How Apps Make Money for People?

It’s pretty obvious, people who made apps are now millionaires, most of the new online millionaires came from App business. Some are young, as young as 17 year old can be, or even in their early 30’s, it doesn’t matter. Because whoever came into this field is now a millionaire, or is making a big bucks right now.

They make money by showing advertising on their apps, creating premium features or selling monthly subscription to the app. If you want to make money, it will be a bit harder, but you can do it in two ways:

– find an app that actually pays people for participating in different types of tasks.

As you can see, there are more than one ways to make money with apps, you just need to be creative

People Who Made a lot of Money with Apps!

There are many people that I stumbled upon online who made it big with their apps, but I will mention some of them so you can see the bigger picture.

This name probably keeps popping up on your screens daily, and I will tell you why, Nick is just 17 years old, and at 15 he created his app called Summly which helps you to easily access content on mobile devices.  Why is he on this list, well because Yahoo bought his app in March of 2013 for reported $30 millions. And he took a pretty nice cut I’m sure, inspiring story and such a nice person, keep up great job Nick.

These guys hit the biggest app jackpot there is, they created photo and video sharing app with digital filters called Instagram in October of 2010, and in 2012 and in September 2012, Facebook officially bought the app for $1 billion, yes with a big B. Now these guys went home with pretty nice sum, great job guys, keep up the great work. 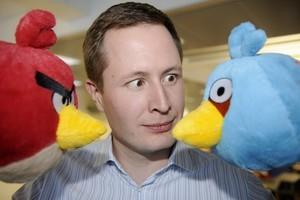 He’s one of the creators of Angry Birds game, which is download more than 1.7 billion times. Which I’m sure brought a really nice profits to the guys and Mikael particularly. Keep up the great work 🙂

Read more
How To Work On The Internet

Let me know if you would love to have someone else on the list of app millionaires, thanks for reading.

We use cookies on our website to give you the most relevant experience by remembering your preferences and repeat visits. By clicking “Accept All”, you consent to the use of ALL the cookies. However, you may visit "Cookie Settings" to provide a controlled consent.
Cookie SettingsAccept All
Manage consent